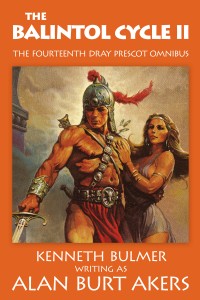 The Dray Prescot Saga, omnibus edition, containing books 47 to 49 in the epic series.

For more info, please see the The Balintol Cycle II page on mushroom-ebooks.com.

Next post: NEW: The Spectre Cycle by Alan Burt Akers